Acrivon’s team is a rare blend of leading scientific pioneers and highly accomplished executives. The team is located at two Centers of Excellence in Boston and Lund/Copenhagen in Scandinavia leveraging regional expertise, infrastructure, and capabilities.

A global team based out of two key life science clusters 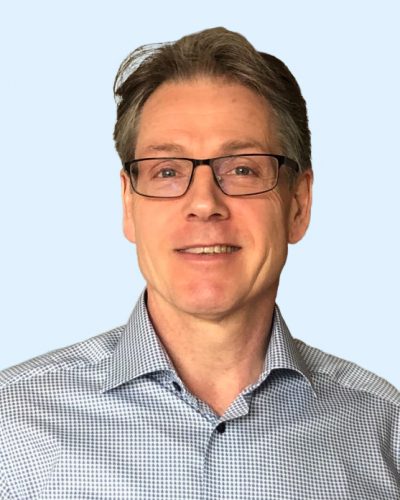 Peter Blume-Jensen, M.D., Ph.D. is Founder, President, and CEO of Acrivon Therapeutics, Inc. He has extensive experience in oncology R&D and oncogenic kinase signaling. From 2001 to 2008, Peter was Department Head at Serono, US and later at Merck & Co, Inc. where he established and led integrated oncology drug programs into the clinic. Since 2008 he was Vice President, Ext. Sci. Affairs and Global Therapeutic Area Advisor for Oncology at Daiichi Sankyo, Inc. He co-led the scientific due diligence and M&A resulting in the acquisition of Plexxikon. From 2010-2014 he was CSO for Metamark Genetics where he built R&D and a novel, scripted proteomics tissue imaging platform. Here he led 4 clinical studies culminating with the blinded validation and launch of ProMark®, an outcome-predictive prostate cancer biopsy test included under NCCN guidelines and coverage. From 2014 till 2018 Peter was CSO for XTuit Pharmaceuticals where he established a novel prodrug platform in collaboration with Dr. Jeremiah Johnson, MIT, now continued at Window Therapeutics. Peter is the inventor of the AP3 platform and the OncoSignature® patient selection method.

Peter serves on the SAB for several private biotech companies and academic institutions. His review “Oncogenic Kinase Signaling (Nature, 2001) is a citation classic in the field of clinical medicine. He received his M.D. from Copenhagen University Medical School, Denmark, his Ph.D. from The Ludwig Institute for Cancer Research, Uppsala, Sweden, and conducted his Post-Doctoral Fellowship under Tony Hunter at the Salk Institute, La Jolla, CA. 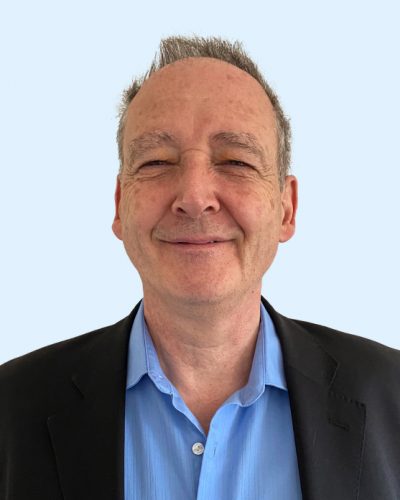 Erick Gamelin, M.D., Ph.D. is Chief Medical Officer at Acrivon Therapeutics, Inc. From 2019 to 2021, he served as Chief Medical Officer at Step Pharma, a biotech focused on developing drugs in hematological malignancies. Previously he served as Vice-President at Dynavax Technologies focused on oncology vaccines and immune therapies, and prior to that at Macrogenics Inc., working with immune therapies and bispecifics. Before that, he held leadership positions in early development at the Oncology Vaccine department at Pfizer, and with Targeted Therapies at Amgen.

Erick is a Medical Oncologist and Pharmacologist, former Professor of Oncology, and CEO of a national university cancer center and hospital, the West Oncology Institute. He received the title of Chevalier in the National Order of Merit by the French Minister of Health. During his career in academia, he has led a research lab in oncogenomics and genetics, funded by the French NCI, focused on the mechanisms of acquired resistance of cancer cells. He received his PhD in molecular pharmacology from Bordeaux University and did his Post-Doc at the NIH, Molecular Therapeutics Section, Medical Oncology Branch. He has led 150 phase 1-3 oncology trials and coauthored over 150 articles in peer-reviewed international journals. 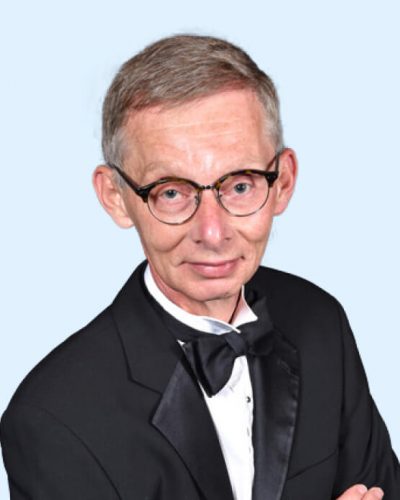 Jeremy Barton, M.D. is Chief Medical Advisor at Acrivon Therapeutics, Inc. Jeremy has over 29 years of experience in all phases of oncology drug development in the pharmaceutical industry in Switzerland, UK and currently in the US. Most recent industry responsibilities have included Chief Medical Officer roles at Biogen Idec, eFFECTOR Therapeutics and Mirati Therapeutics. He was also head of early Oncology Development at Pfizer for 5 years overseeing the transition of all Oncology compounds from research through IND to proof-of-concept studies.

After obtaining a Master’s degree in Physiology from Oxford University and his M.D. degree at University College Hospital Medical School in London, he trained in Internal Medicine and Clinical Oncology in the United Kingdom and practiced for 11 years in the National Health Service. Jeremy is Board Certified in Internal Medicine and Clinical Oncology, a Member of the Royal College of Physicians, a Fellow of the Royal College of Radiologists (Clinical Oncology) and a Member of Faculty of Pharmaceutical Medicine. 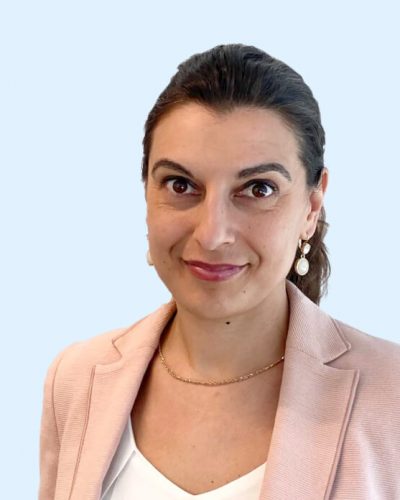 Kristina Masson, Ph.D. is Co-Founder and SVP, Operations at Acrivon Therapeutics, Inc. and President and Site Head of the company´s research subsidiary Acrivon AB located in Medicon Village, Sweden. Here she has established all infrastructure, heads all operations, and runs the phospho-proteomic discovery hub and early drug programs for the company’s proprietary AP3 platform. In 2016 she founded and operated OncoSignature AB, a small biotech company focused on identifying predictive biomarkers for clinical-stage cancer therapeutics for US companies. OncoSignature’s business was subsequently acquired by Acrivon AB. Prior to that she was Principal Scientist at Merrimack Pharmaceuticals, Cambridge, MA where she co-led, managed, and participated in cross-functional teams in both preclinical and clinical-stage therapeutic antibody programs, designing projects to identify predictive biomarkers, combination strategies and resistance mechanisms. Before joining Merrimack Pharmaceuticals, Kristina was a Post-Doctoral Fellow in the Golub lab at the Broad Institute of MIT and Harvard, developing assays for novel therapeutics and automated high-throughput drug screening approaches centered around synthetic lethality in cancer. Kristina received her Ph.D. from Lund University, Sweden. 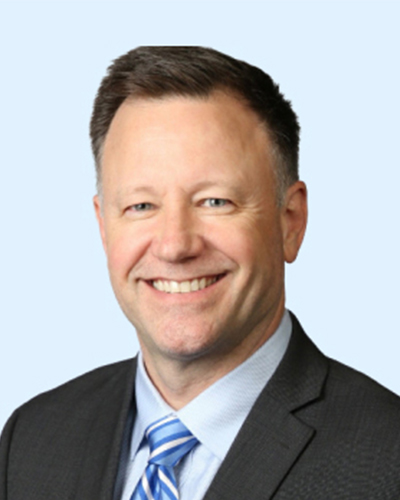 Christopher LeMasters, M.B.A, joins Acrivon Therapeutics, Inc. as Chief Business Advisor, with over 30 years of business operational and transactional leadership experience, including 23 years in the pharmaceutical industry. Chris most recently served as EVP and COO of Amplyx Pharmaceuticals where he led the successful sale of the company to Pfizer in April 2021. Prior to that, he was EVP and CBO at Mirati Therapeutics where he oversaw the successful expansion of the company and its market capitalization from $100 million to $5 billion in January 2020.

Prior to joining Mirati, Chris served as CEO of Promosome, a private mRNA re-engineering and biotherapeutics company co-founded by Nobel Laureate Dr. Gerald M. Edelman. Additionally, he has held senior management positions at several biotherapeutics companies, most recently as co-founder and CBO of Tragara Pharmaceuticals, a clinical-stage cancer therapeutics company. He also served as co-founder and CBO of Cabrellis Pharmaceuticals, Inc., where he negotiated its acquisition by Pharmion Corporation for $104 million, and as vice president, corporate development of Conforma Therapeutics, where he negotiated its acquisition by Biogen IDEC for $250 million. Previously, Chris worked in the corporate business development group at Eli Lilly & Company where he was involved in numerous partnerships and licenses across a range of therapeutic areas. Earlier in his career, he was a management consultant with Coopers & Lybrand Consulting and an operational auditor with Owens Corning. 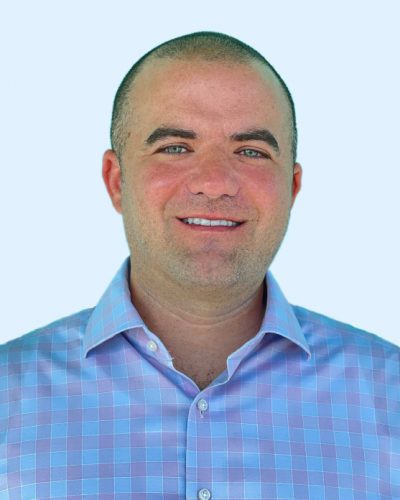 Eric Devroe, Ph.D. is SVP, Business Operations at Acrivon Therapeutics, Inc. Eric is an executive and entrepreneur with significant experience helping found, launch, and build new life science companies. Most recently, he served as Founder & CEO of Xione Therapeutics, Inc., an oncology focused spin-out of The University of Texas MD Anderson Cancer Center. Prior to Xione, he was the Founder and CEO of Opsonix, Inc., an infectious disease focused spin-out of the Wyss Institute at Harvard University. Prior to Opsonix, he served as Executive Director of Strategic Alliances at MD Anderson Cancer Center. Earlier in his career he served as VP, Business & Strategy Development at Metamark Genetics, Inc., and an Associate at Flagship Pioneering. He holds a B.S. in Microbiology from the University of Texas at Austin and a Ph.D. in Biological Chemistry and Molecular Pharmacology from Harvard University. 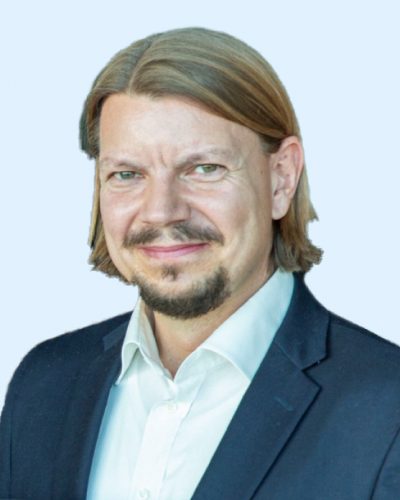 Jesper Olsen, Ph.D. is Academic Co-Founder and Head of Phosphoproteomics at Acrivon Therapeutics, Inc. He is Professor in quantitative proteomics at the University of Copenhagen and vice director of the Novo Nordisk Foundation Center for Protein Research. Jesper is a pioneer in mass spectrometry based phosphoproteomics and its applications to decipher cell-signaling networks at a systems-wide scale. Jesper´s research interest is developing and applying phosphoproteomics technologies for comprehensive kinase drug profilings with clinical actionability. He is the most cited phosphoproteomics expert world-wide and among top 0.1% in protein sciences.

Jesper received his MSc. in Analytical Chemistry at the University of Southern Denmark, PhD in Biochemistry and Molecular Biology at the same place under the supervision of Prof. Matthias Mann. Prof. Olsen completed his post-doctoral training in Proteomics and Cell Signaling at the Max Planck Institute for Biochemistry in Munich. He is based in Copenhagen since 2009, where he joined the newly established Center for Protein Research, initially as group leader and since 2014 as vice director 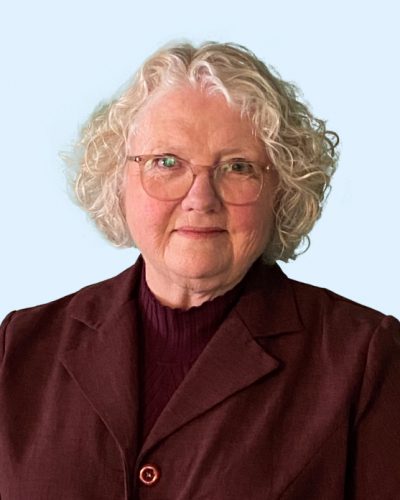 Mary Rose Keller is VP, Clinical Operations at Acrivon Therapeutics, Inc. Mary Rose has over 40 years of experience in clinical research and drug development beginning in academics as Director of Clinical Research Programs at the Cancer Research Institute, University of California, Davis and San Francisco. She subsequently worked with a CRO specializing in NDA submissions and completed approved submissions in HIV, Oncology, Biologic Response Modifiers, Pediatrics, and Imaging Technology. Mary Rose was recruited to Agouron Pharmaceuticals to lead operations for their first NDA for Viracept, which for many years was recognized for having fastest FIM to NDA approval. Following Agouron’s acquisition by Warner-Lambert and subsequent merger with Pfizer, Mary Rose was selected to create the global role of Development Operations Team Lead at Pfizer to provide operational support for all of Pfizer projects in development. Following her work with Pfizer, she gained additional experience in rare diseases with Shire, molecular diagnostics with Sequenom and Prometheus, viral vectors in brain tumors with Tocagen, and oncology supportive care and post-surgical pain management with Heron. She serves on the editorial board for Life Science Leader Magazine and is a frequent conference speaker. She graduated from UC Davis and attended leadership development programs at Wharton and UC San Diego. 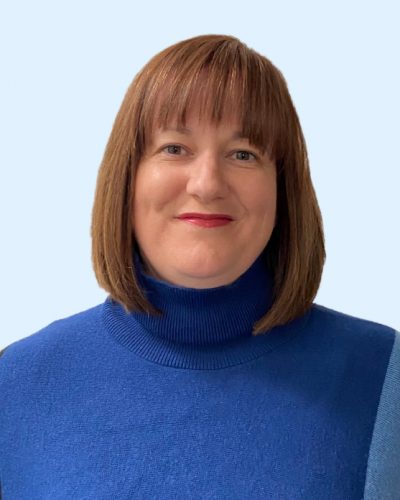 Kelly Gordon, Ph.D., MB(ASCP)CM is VP, Companion Diagnostics at Acrivon Therapeutics, Inc. Kelly has worked in the oncology research field for over 20 years and the diagnostics industry for over 10 years developing innovative biomarker and diagnostic testing products.  She has experience working in both diagnostic and therapeutic companies driving the product development and regulatory strategy for high-value companion diagnostic assays, which include the multi-indication PD-L1 immunohistochemistry assays launched by Roche for the cancer immunotherapy TECENTRIQ and the pan-cancer genomics testing strategy for Loxo Oncology’s VITRAKVI.

Kelly received her B.S. in Molecular and Cellular Biology from the University of Arizona, Ph.D. in Pharmacology from Duke University, and completed her post-doctoral training in Cancer Biology at the Translational Genomics Research Institute and Arizona Cancer Center. 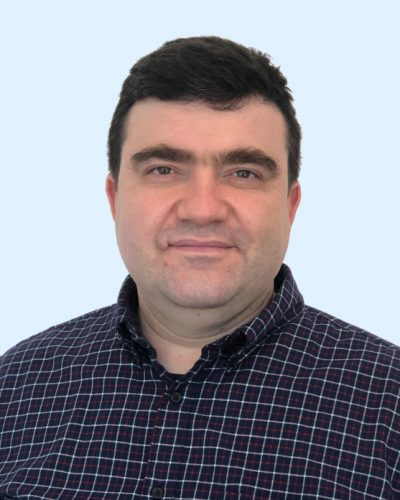 Michail Shipitsin, Ph.D. is Sr. Director, Head of Clinical Biomarker Development at Acrivon Therapeutics, Inc. Michail has over 15 years of experience in translational and biomarker research and development. Previously, he headed biomarker development at Xtuit Pharmaceuticals with a focus on NASH liver disease and cancer. After joining the biotech industry, Michail led development of a first in kind multiplex immunofluorescence prognostic test for prostate cancer at Metamark Genetics.

Michail earned his Diploma in Molecular Biology from Novosibirsk State University. He completed Ph.D. in Biochemistry from Tufts University and conducted postdoctoral studies at Dana-Farber Cancer Institute with a focus on biomarkers in breast cancer.

We use cookies on our website to give you the most relevant experience by remembering your preferences and repeat visits. By clicking “Accept All”, you consent to the use of ALL the cookies. However, you may visit "Cookie Settings" to provide a controlled consent.
Cookie Settings Accept All Reject All
Manage consent

This website uses cookies to improve your experience while you navigate through the website. Out of these, the cookies that are categorized as necessary are stored on your browser as they are essential for the working of basic functionalities of the website. We also use third-party cookies that help us analyze and understand how you use this website. These cookies will be stored in your browser only with your consent. You also have the option to opt-out of these cookies. But opting out of some of these cookies may affect your browsing experience.
Necessary Always Enabled

Analytical cookies are used to understand how visitors interact with the website. These cookies help provide information on metrics the number of visitors, bounce rate, traffic source, etc.

Save & Accept
Powered by